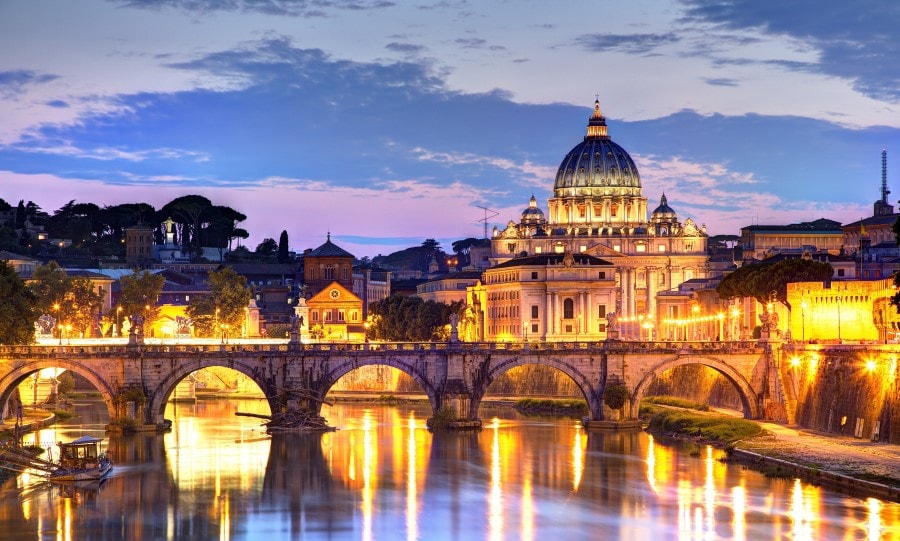 Rome this week!  One city per week, remember?  So some fun facts about Rome.  How many did you know?

The chicken and the egg myth!
Did the twins Romulus and Remus get their name from Rome? Or did Rome get its name from Romulus when he killed Remus and became ruler of the city? The twins were weird to start with, since they were abandoned at birth and were eventually taken care by a she-wolf. Of course there are also theories about the city getting its name from the greek words: ῥώμη (rhōmē), which means strength, ῥέω (rhèo) which means flow for the Tiber river.

Over a million of dollars EURO is thrown away!
Both Baroque style and Neoclassicism were established in Rome. One of the most popular Baroque monuments is Fontana di Trevi. And it is in these waters that visitors throw an average of 3,000 EURO every day. It is a win-win situation though. The wishes come true (hopefully) and the money goes to Caritas, a charity that supports the families in need in Rome.

Gangs of New York in Rome!
Some of the biggest worldwide box office blockbusters have and are being filmed in Cinecittà Studios. It is the largest film and television production facility in Europe and second in the world, after Hollywood of course. You want some more? Ben Hur, Cleopatra, the English Patient, etc.

The smallest and the biggest!
Vatican is the smallest country in the world with less than 1000 residents. But it has St Peter’s Basilica, the largest church in the world and the Vatican museum, the largest museum complex in the world. Vatican is ruled by the Pope. Pope Francis might be more cool than The Young Pope of HBO, since he has worked as a bouncer in a nightclub in Buenos Aires, he has studies chemistry, literature and psychology and is missing half a lung due to sickness at an early age.

Italians do it better!
Shopping that is. And you know why; because the very first shopping mall was built in Rome by the Emperor Trajan, with over 150 outlets, selling from food to clothes and more.

The Eternal City!
Rome reached a population of 1 million by 50 BC! The first and only one, till London caught up at some point during the 19th century. Romans believed that no matter what happens to the world, drown, go down, be destroyed, Rome would always be there. No matter what.  Eternally.  They were right, no?

It rains cats. Not dogs.
If you’ve been there, you have noticed the thousands of cats. Over 180,000 actually. They are legal. I mean it. A special law in Rome says that cats should live wherever they are born. Similar to you, the Colosseum and many other monuments are for them to enjoy.

Serious about Pasta!
Rome is so serious about pasta, that it even has a museum. The average Italian consumers over 20kg of pasta every year and you can learn more about this in a dedicated museum.

All roads lead to Rome!
The Romans loved roads and they built lots of them. 80,000 kilometers to be accurate, all by the 4th century.   Most of these kilometers led to Rome, for trade purposes mainly. On some of these roads you can see today some very beautiful Lamborghinis. Make sure you behave, when you spot them, because some of them belong to Police officers who want to outrun you, in case you try anything funny. And they will outrun you for sure…