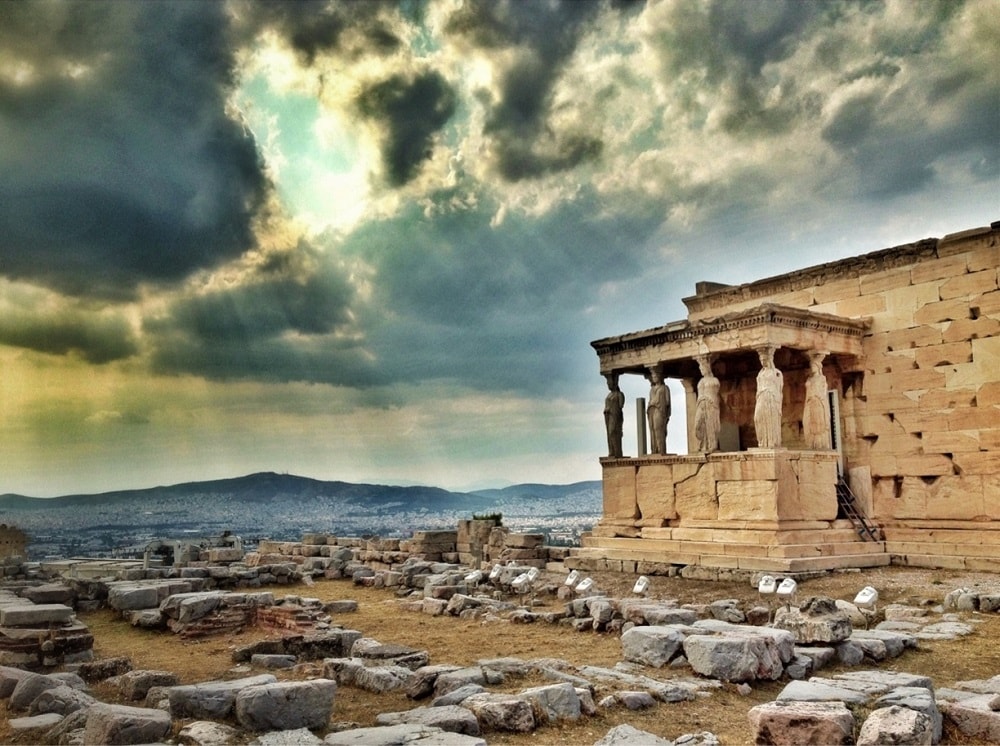 Athens this week!  One city per week, remember?  So some fun facts about Athens.  How many did you know?

The oldest!
First human presence on Athenian territory goes back to 11th or 7th millennium BC and it is populated for over 3400 years, making the one of the oldest cities in the world and definitely the oldest in Europe.

The largest!
Pireas, the port of Athens, is the largest passenger port in Europe and second largest in the world.

The hottest!
In Europe. Literally. Athens holds the World Meteorological Organization record for the highest temperature ever recorded in Europe, at 48.0 °C (118.4 °F), which was recorded in the Elefsina and Tatoi city suburbs on 10 July 1977.

The most centralized!
Athens is responsible for 20% of the Greek GDP, which is higher than any other European capital, according to research by the Cologne Institute for Economic Research.  Paris was next with 15%.

The most theatrical!
The city has 148 theatrical stages, which is the most you can find in any other city in the world.

The first!
Athens was the first ever European Cultural Capital, since Melina Merkouri invented this with Jacque Lang.

What does Athens have in common with Los Angeles and Mexico city?
Pollution you said? It is not really that, but the temperature inversion phenomenon which indeed does not help the air pollution problems. Blame all the mountains around it.

What else does Athens have in common with Los Angeles?
They are sister cities, twinned as Wikipedia calls it. Athens has another 4 sisters: Beijing in China, Bethlehem in Palestine, Nicosia and Ammochostos in Cyprus. The city has lots of cousins too. In US. There are actually 34 cities in US called Athens.

What does Athens have in common with London and New York?
The bar scene. The only 3 cities with bars in the Top 10 of Drinks International for the 50 Best Bars in the world. The Clumsies in downtown Athens got position number 9!

Very popular these days!
Athens was voted as the third best European city to visit in 2015 by European Best Destination, also voted in the Top Three ‘Wish List’ of European Places to Travel for the Chinese according to Hotels.com and the Athens Airport had the biggest growth in 2016 with 19% up vs a 4.9 average.

Been there, done that.
The city has seen all colors and shapes of government: monarchy, democracy (the ancient one), socialism, capitalism and now communism.