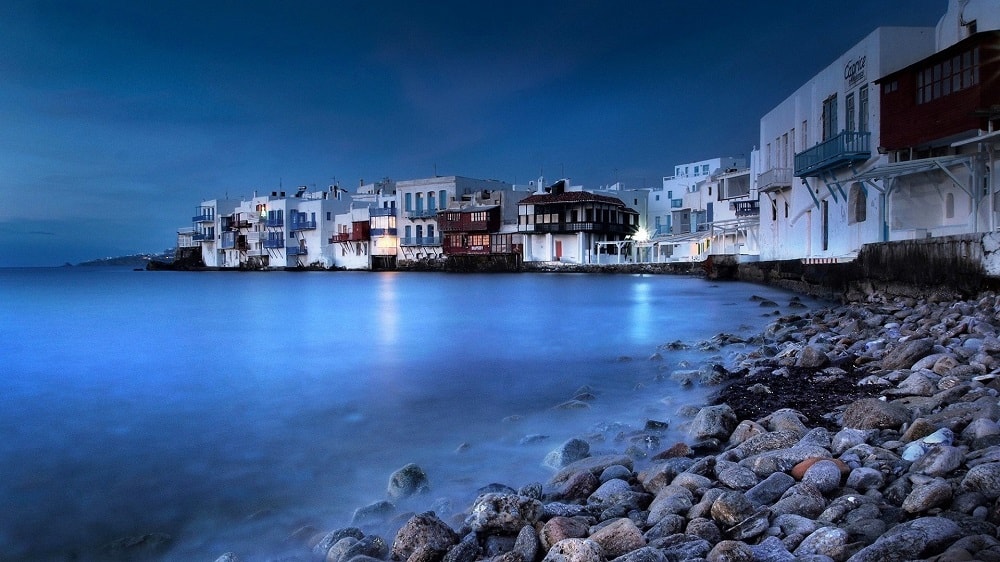 I know what you did last summer. Yes I know. Cause I was there. And I was watching you. Too late for any regret. It is all captured and presented tastefully (almost) in this Mykonos review for Summer 2017. Here we go…

You danced to… Despacito of course.
A hundred times? A thousand times? A million? Maybe more. Now you don’t want to hear even the word Despacito, but here it is one more time, a bit different. Your punishment!

You got a photo with… Dean and Dan of Dsquared
What? You didn’t? I do not believe you. All my friends, all my enemies, all my relatives (even my brother’s mother-in-law by the name Koutsi Maria), strangers, boys, girls, dogs, goats, bed table lamps, water coolers, everybody and everything got a photo with them. Oh, they are so nice. Time to start designing again guys because Domenico and Stefano have not stopped working and that’s why they are missing from my Mykonos review … 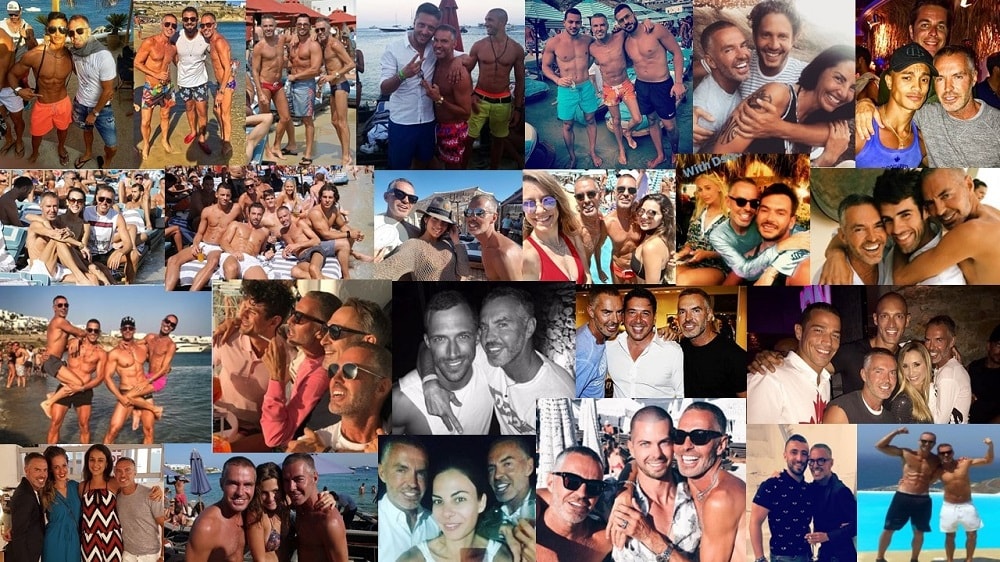 the same applies for Petros Kostopoulos.  Photographed with everything that breathed or not.  A greek celebrity (for some) who attended all the dinners and drinks that he was invited too. Crisis is a a very bad thing for the greek glam society. Greek ex-glam society I should say.

You drunk a lot… of cucumber cocktails
The greek salads this year had only tomatoes, onion, olives and feta. No cucumber. They were saving them for your cocktails. The Seven sins, Mojitos, Margaritas, Moscow Mules. With mint, basil, strawberries, ginger. Mostly with gin, rarely with vodka.  Click here for more details.

You paid a lot of money to… Scorpios
Scorpios is supposed to close the season at 18 million euro turnover vs 14 million last summer. Not bad right? For that, they have to thank all of you and your generous donations against delicious cocktails and steaks. The sunset rituals prove to have a very good return. Very good job, guys! 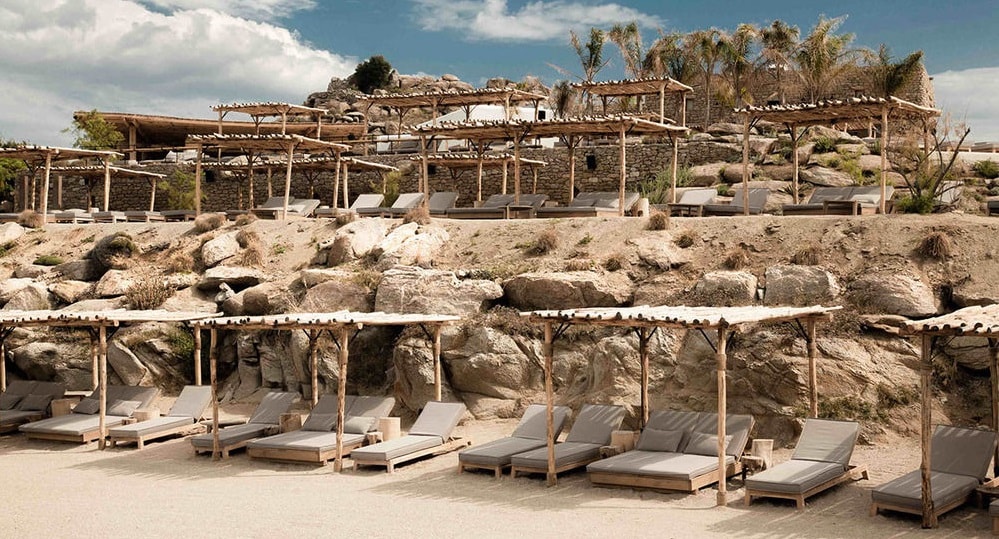 You traveled with… Tera Jet
Huge, fast, comfortable and super cheap. Tera jet made our trips to Mykonos much more efficient. We thank God for that. Please keep it running and at these low prices.

You had some naughty action at… the islands of Santanna
The pool might not be that deep but their subterranean apartments are hidden deep under the central islands and they are ideal for a nap or more. You know with all that booze you get fast in the mood for a quick one. Again nap or else.

You had real fun at… Super Paradise, Skandinavian Bar, Caprice and Vox by Mykonos Bar
The classics keep rocking the island. Thank God! Super Paradise gathered all the sexy Italians to dance at 5 pm before they grab something to eat and head to Skandinavian for more drinks, fun and dance till the morning. Caprice got many of your sunsets and kept you dancing till later. And Vox by Mykonos Bar had the greeks singing and worshiping mostly Elli Kokkinou who rocked the joint several weekends.

You shopped at… Patricia Field
The stylist of Sex & The City, The devil wears Prada and many more got her only European store at Mykonos after a huge party at Jackie O in July. Lots of colors, lots of creativity, lots of sexiness, all downtown Mykonos. 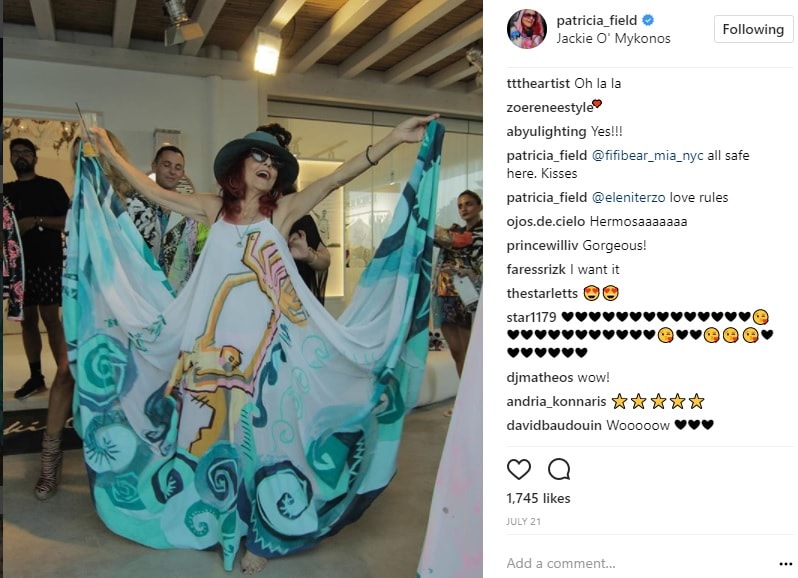 You made friends with (and love maybe to)… Italians, Arabs, Russians, French, Americans.
But not Greeks. Greek tourists were as scarce as the rain this summer on the island. Too expensive for the greek wallets. With the hotels starting at 400EURO per night and the sunbeds increasing prices as of August 1st, few greeks visited the island only in September and maybe June. The same applies for the young people. The island is getting older and older due to prices, which reduces the craziness, the sexiness, the freshness. Something for the locals to think about… 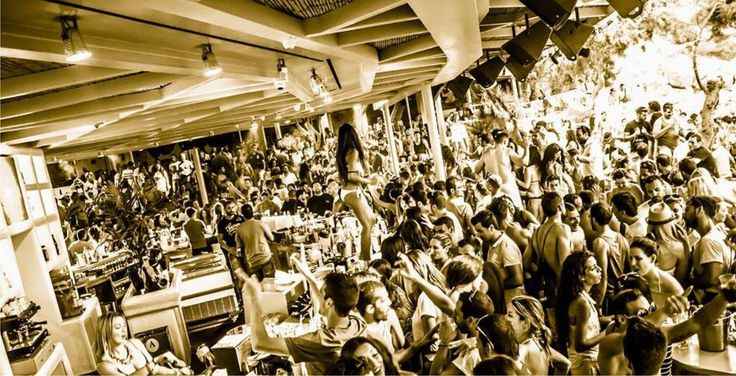 You checked in all your social media accounts at… Nammos.
It is legendary, so you had to see and show it. It was fun. You captured it with several boomerangs looping your dance moves and your champagne getting filled by the beautiful boys and girls. Nammos is in each one of your own Mykonos review.  Unfortunately you watched the July Gumball party and September concert with the camels (Remos and other international stars were singing, not the camels) at Mykonos Live, since the tickets were just a bit higher than your clothing allowance for the year.

You followed religiously… Mykonos.fun
The newcomer in your social medial habits. I did my best to keep you informed, to transfer you the energy of the island every day and night and get you to know the people who work there relentlessly for your own enjoyment. And I am not done despite this Mykonos review. I am starting to travel around the world and keep doing this same thing that you love. So keep watching this space, follow me and share my page with your friends. I love you tons!!!